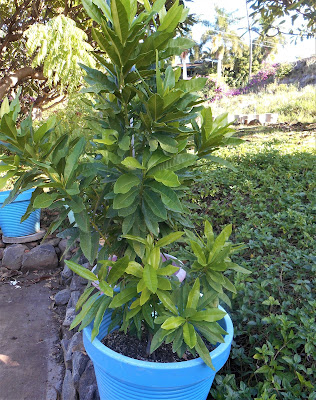 Since 2013, I've tried to grow an allspice tree from local cuttings, seeds, a bare-root plant purchased on ebay and then a 4" seedling plant from Amazon. Finally I had success with the 4" seedling I planted last September but it struggled with leaf rust for over 4 months. 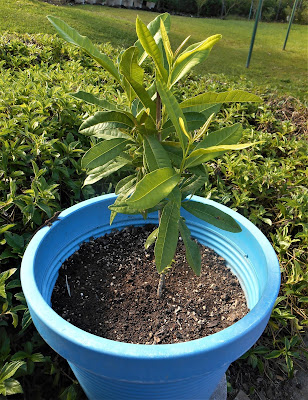 
I don't know why allspice was so difficult to germinate or grow. Maybe it's sensitive to
increasing and decreasing daylight. This was the first photo I took because it grew so
slowly and didn't look healthy until February. Since then it has
outgrown the leaf rust and grown exponentially.

At 6 months the leaves were large enough to cut. The scent of allspice leaves is intoxicating and it imparts a unique flavor when added to vinegar.
Citrus Fennel Pollen Pickled Cucumbers 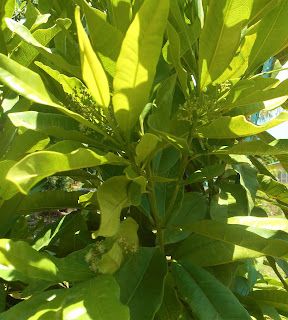 Flowering in early June
at 21 months

A male and female tree are required to produce allspice berries. I only have one tree and it started flowering the first week of June. When the flowers opened they looked like dandelions before you blow them away but as soon as the flowers were gone no seeds had formed.

Seedling Plants on Amazon
Basics About Allspice Trees
Allspice - One Spice - The Spice of Life
Posted by Jane at 5:17 PM