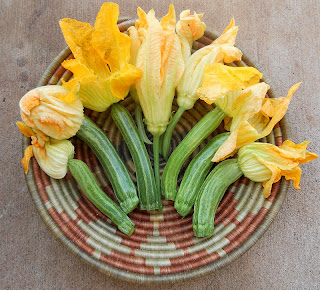 Zucchini is the only summer squash I've grown and it's challenging to grow it in Kihei. It's very susceptible to powdery mildew damage and larval infestation. I've found the best time to plant zucchini from seed is in January and February.

Most varieties of zucchini will produce their first male and female flowers in 30 to 45 days. I like to harvest the females as soon as the flower closes. All of the varieties I've grown produced good quality male flowers that were large enough to use for stuffed squash blossoms. 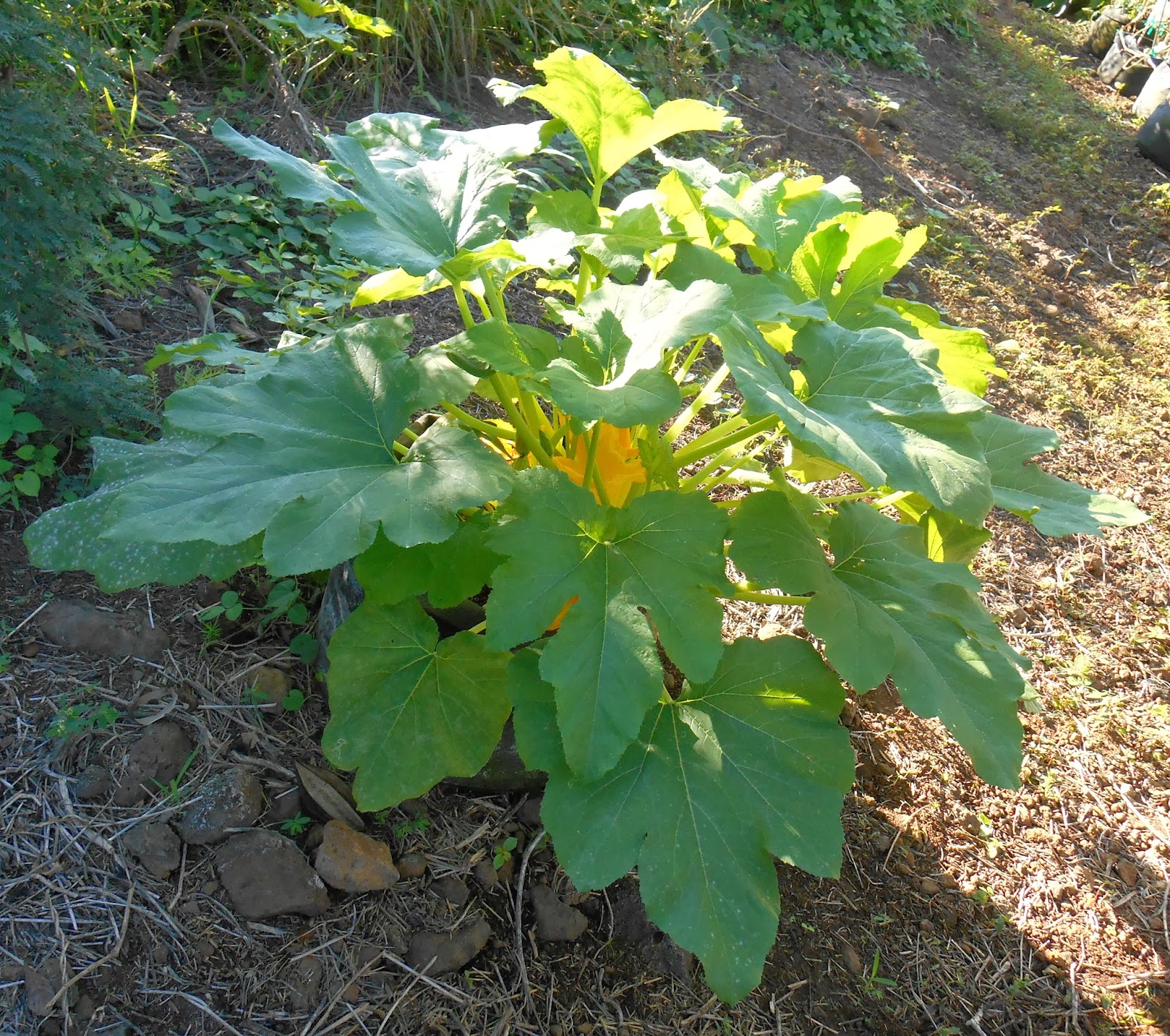 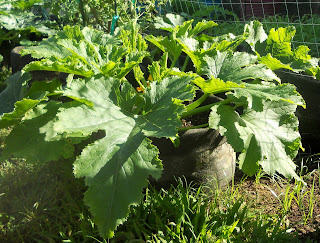 Zucchini is a large plant - most grow at least 3 ft wide with heights ranging from 1.5 to 3 ft tall. With the exception of Romanesco, all of the varieties I've grown were symmetrical bushes. The Romanesco were tall, semi-vining plants.

In Kihei, zucchini is the pickleworms favorite food - they'll destroy the base of the plant even before the flowers open. In many areas of Maui, summer squash are attacked by melon fruit flies. 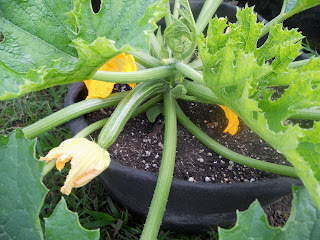 Zucchini, unlike other cucurbits, are difficult to protect from moths and fruit flies. In Kihei, melon fruit fly larvae begin to be noticeable in mid-April and are a significant problem through the summer months. Although I've had occasional pickleworm damage throughout the year, they're usually at infestational levels from June through September. For more information, see my posts on Pickleworms and Winter Squash.

If you're planting summer squash in the spring or summer, I recommend covering the entire plant. In Kihei, it may be too hot to use a row cover during the warmer months but tulle or screen might work. Gardeners do come up with innovative ideas. Julie, the author of the Dirty Fingernails 808 blog, wrote a post on building a Zucchini Hale to protect her plants from melon fruit flies. 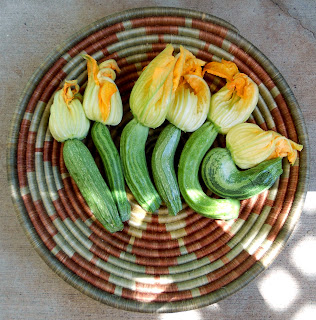 Another reason to consider planting zucchini in the winter months, rather than the spring, is the heat. As the temps began to climb in April, the newly emerging fruit started to curl.

I've been able to grow zucchini in 15 gallon SmartPots filled with an organic potting soil. Before I direct sow the seeds, I amend the potting soil with green sand and an organic all-purpose fertilizer. Then I add additional fertilizer after 1 month. The plants need daily water and their water needs increase as they grow and as the temps increase.

Zucchini seeds are widely available - Gourmet Seed and Seeds From Italy have large selections of Italian Heirloom seeds.
SmartPots can be ordered online or purchased at Kula Hardware & Nursery.