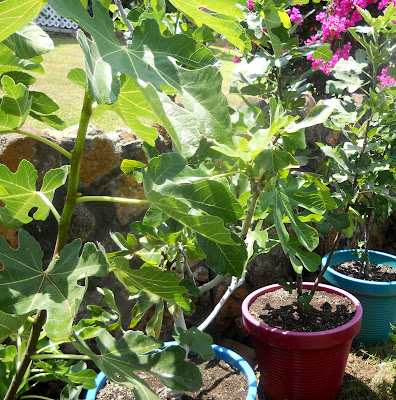 Fig trees grow really well in the Kihei desert climate - they're drought tolerant, low maintenance and very forgiving. Many species of fig grow better when their roots are restricted making them well suited for growing in a container.

There are numerous varieties of fig trees - Brown Turkey is the one you'll find most often at the garden centers on Maui. Black Jack, Brown Turkey, Celestial, Negronne (Violet de Bordeaux) and White Kadota have all grown well in my garden and have produced fruit abundantly.

Black Jack, Brown Turkey and Negronne (Violet de Bordeaux) are good choices for container trees. In a container they don't grow much taller than 5 ft. Black Mission, Panachee (Tiger) and White Kadota are larger trees and are best planted in the ground. In ground fig trees require regular pruning to the branches and the top to keep them at a manageable height. 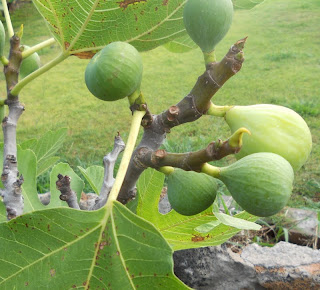 
Most of the Brown Turkey trees from the garden centers are grown by Plant It Hawaii. The figs on my trees turn yellow-green instead of violet-brown. Plant It Hawaii is located in Kurtistown on the Big Island, an area similar to Haiku. I asked them about the color and they said it varies depending on the climate and that the Brown Turkey fig trees they grow on their farm also produce yellow-green figs. 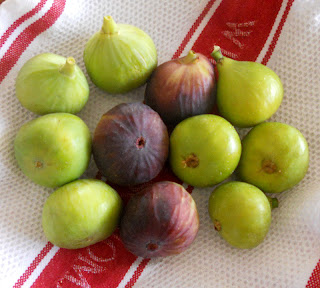 Brown Turkey figs have thin skins and are normally used fresh or for making preserves. Figs should be harvested as soon as they're soft and drooping otherwise they'll begin to crack and rot on the tree. Fresh figs are fragile and perishable - that's why they're so expensive at the market.

Figs are often sun dried or dehydrated. White Kadota is cultivated commercially and used for making fig bars. In a four season climate these types of figs begin to dry and then drop from the tree onto tarps that are spread on the ground. With container grown trees in Kihei, the figs are usually rotting and inedible by the time they fall from the tree. 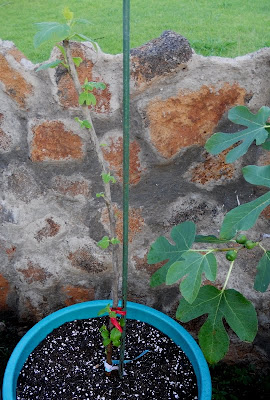 In February, Kula Hardware & Nursery brings in a large assortment of bareroot trees from the Mainland. They normally order Black Jack, Black Mission, Brown Turkey and White Kadota. They keep a call list and it doesn't require a deposit to add your name to the list. 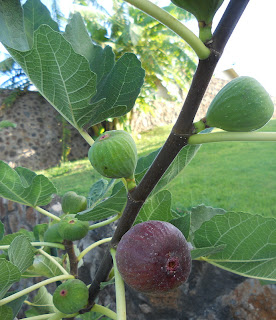 Occasionally Wal-Mart has fig tree seedlings in their garden center for $5. 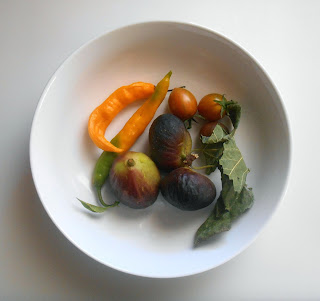 Fig trees are noted to be low chill but in Kihei we have no chill hours so there's always a chance that some species of fig won't adapt to the climate or produce fruit. I recommend growing self-fertile varieties as figs that require pollination are pollinated by a species of wasp that we don't have in the islands. The varieties sold at Bay Laurel Nursery, Kula Hardware and the local garden centers are self-fertile.

The only problems I've had growing fig trees is leaf rust and birds. Leaf rust is caused by ever present fungal spores in the air but it doesn't seem to affect the fruit. I've used OMRI copper sulfate spray on the leaves but it didn't make a noticeable difference. 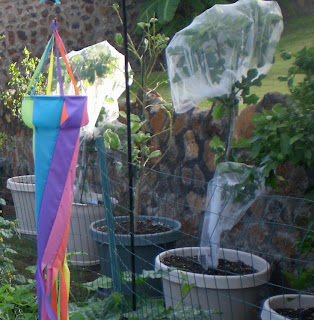 As for birds, they'll start eating the fruit several days to a week prior to it being fully ripe. With container grown trees it's easy to cover the tree with bird netting or cover the branch of figs with a piece of tulle. If the figs are left uncovered the birds in my neighborhood will damage the ripening fruit. 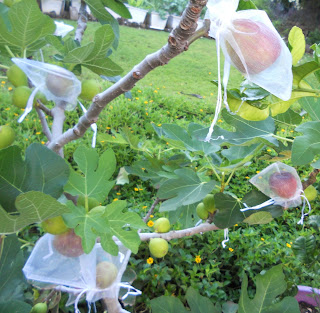 Another option, although a little more time consuming, is to cover the individual figs with 4" x 5" organza party favor bags. I purchased a package with 100 bags on Amazon for $3.50 with $4.00 for shipping - the price can fluctuate up or down daily. 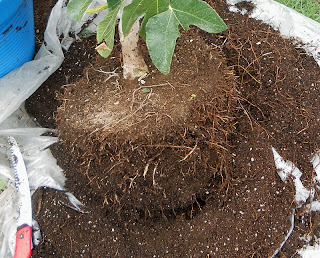 The tree in the above photo was a 4 foot tall Brown Turkey growing in a container for 3 years and had just finished producing a crop of figs. It's obvious when the roots need to be trimmed as the top surface of the soil becomes a thick mat that's difficult to water. I tipped the container on it's side and pulled the tree out onto a large sheet of plastic. Using a pruning saw, I trimmed the root base about 5 inches and took 3 inches off the sides. 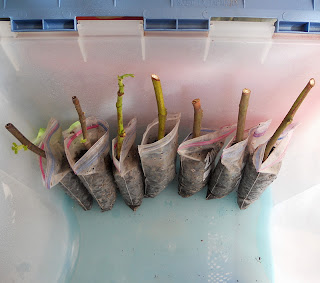 Fig trees can be propagated from seeds or cuttings. I haven't tried growing from seeds but I have grown them from cuttings. I purchased fig tree cuttings on ebay - the selection varies and I had to check back often to find the varieties I wanted to grow.

I planted the cuttings in recycled ziplock type bags filled with organic potting soil. I punched holes all over the bag for drainage and I placed the bags in a covered plastic storage box in the shade. I misted the cuttings twice a day with water. Some of the cuttings began to root and show signs of growth in less than two weeks.

There are several techniques for rooting cuttings and this is the only one I've tried. The ebay listings have instructions for rooting and there are lots of YouTube videos on the topic. 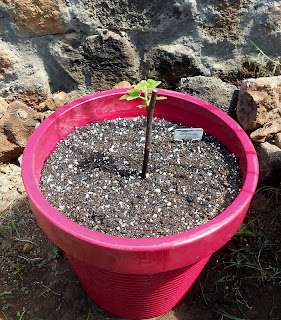 When the roots became visible through the plastic bags and the cuttings began to leaf, I transplanted them into 15 gallon containers. 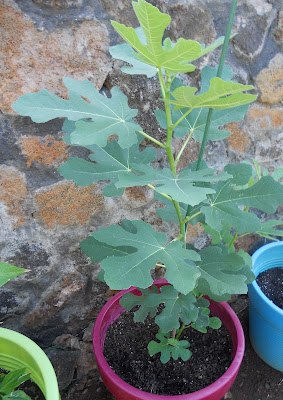 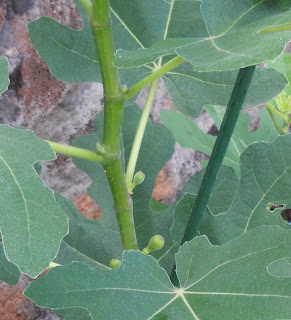 From a cutting to a budding 3 ft tree in 5 months. 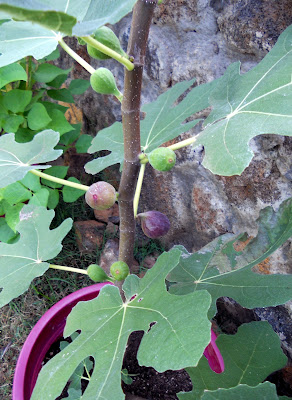 And, the first ripening figs at 7 months.

I've been able to successfully dehydrate all the fig varieties I've been growing. I like to quarter the fig and dehydrate the sections until they're partially dry and store them in a jar in my refrigerator. The figs with green skin will remain green and the fig pieces will still be somewhat soft and moist. I add these to salads often with walnut pieces, sun dried black olives and crumbled feta cheese.