This was my first experience growing Asian greens in Kihei.
And surprisingly, they were tolerant of our fall and winter climate. 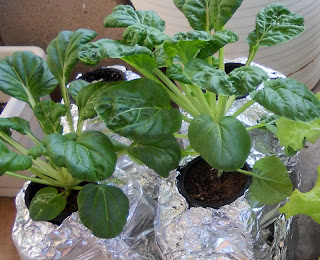 Tatsoi is my new favorite green - it's great in salads and so tasty when sauteed in olive oil or butter. It's a cool season green and I thought it might be sensitive to the intense afternoon sun so I planted it with full sun in the morning and shade in the afternoon. The plants didn't form the short classic rosette in the Kihei climate but they didn't bolt either.

I planted Tatsoi seeds from October through February with good results. I planted it individually and in salad green mixes - it grew really fast. 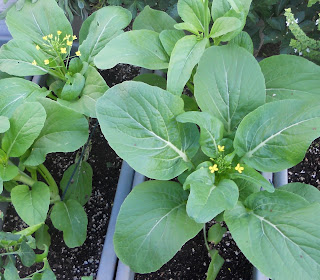 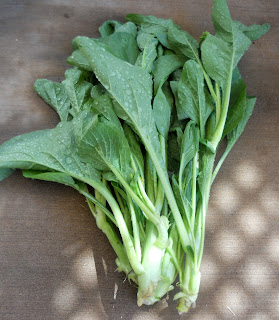 Choi Sum brings back memories of eating really ono dim sum in Honolulu. It's a popular cart item in many Chinese restaurants that serve dim sum for lunch. They prepare Choi Sum by blanching or steaming it in a bamboo basket and serve it with oyster sauce.

Choi Sum grew fast too - so fast it was hard to get the right timing for harvesting the plants before the flowers sprung out. I planted seeds in full sun from October through February. 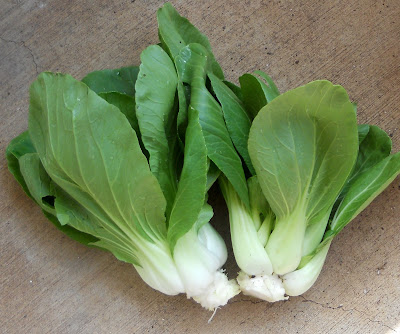 I grew 2 types of small bok choy that were noted to have good heat tolerance. Ho Tau Bok was so bitter it was inedible but Ching Chang was really good. Ching Chang could be harvested early or at maturity. The plants began to form a flower head at 2.5 months.

I planted bok choy in full sun from October through January. 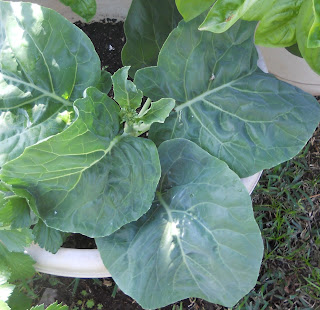 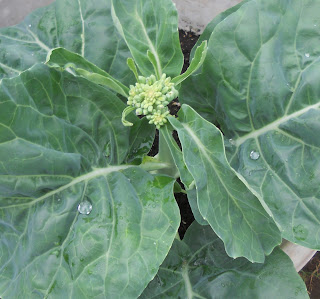 Gai Lan
Ready to harvest at 60 days from seed 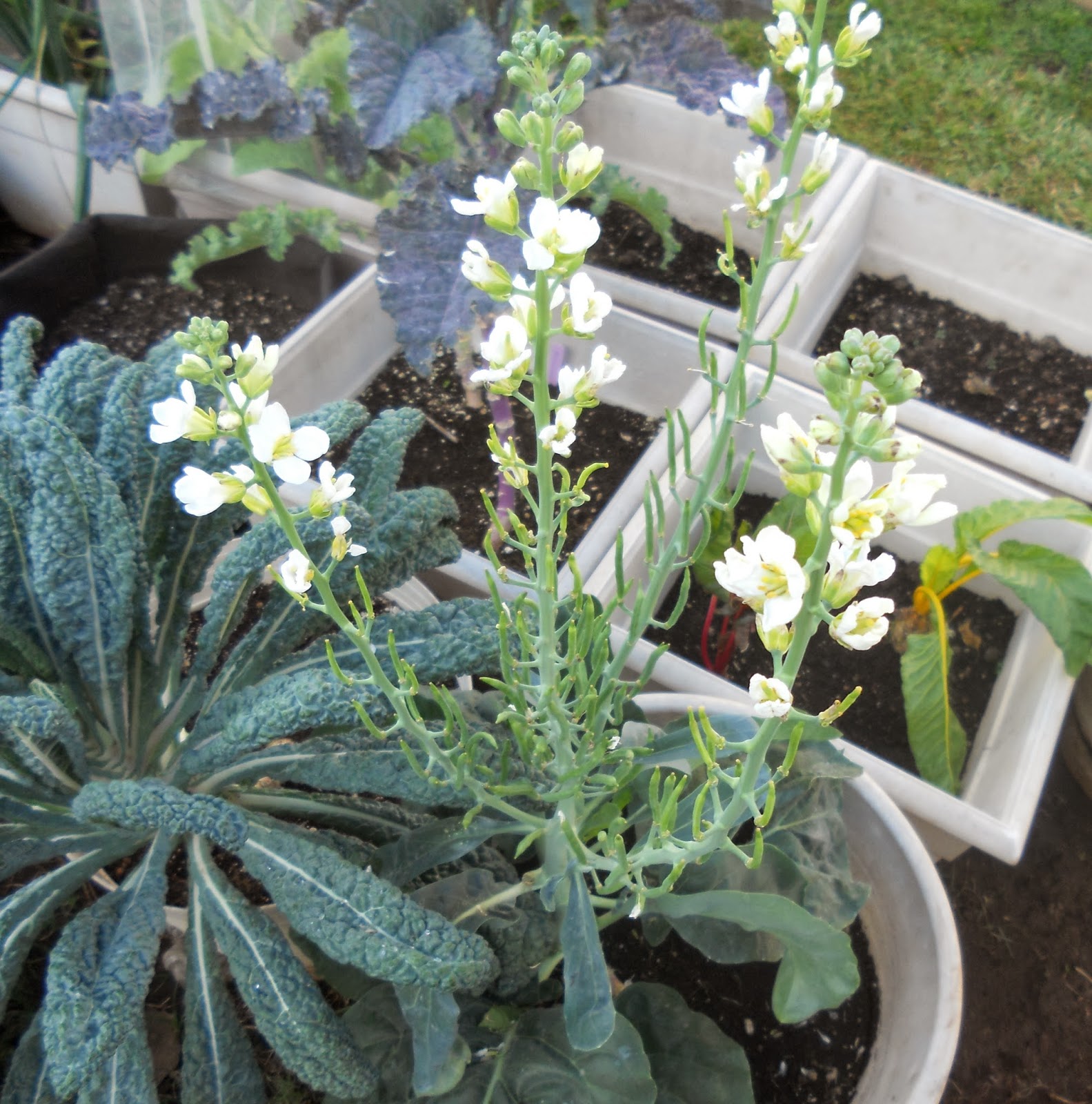 Gai Lan is a Chinese broccoli. It's not like a typical western type of broccoli as it produces a very small flower head and few side-shoots. The plants were almost ornamental with lovely paddle shaped leaves and stalks of white flowers. They grew as large as a typical broccoli plant but the draw-back to Gai Lan, at least in the Kihei climate, is that it didn't produce much broccoli.

I planted Gai Lan in full sun from October through January.

All of these Asian greens can be grown in containers. I also grew Tatsoi and Choi Sum hydroponically in a simple and inexpensive set up that can be found here:
An Inexpensive Hydroponic Method for Growing Salad Greens