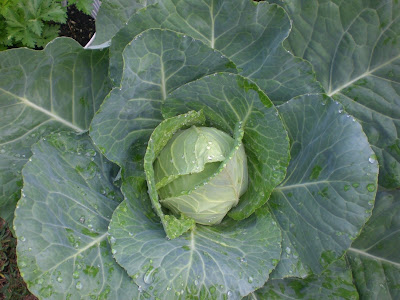 Cabbage will grow in Kihei during the fall and winter months. It grows best when the night-time temps are lower and growth slows noticeably when the weather starts heating up at the end of February. I've been successful growing early varieties of cabbage from seeds planted from mid-October through mid-December. Early varieties are usually large
enough to harvest within 3 months. 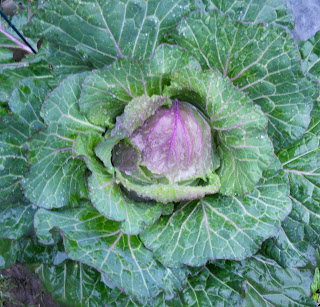 All of the red cabbages I've grown, and cabbages that were noted as late varieties, took between 4 and 5 months to reach a harvestable size. I recommend planting these seeds from mid to late October.

Cabbage can be grown successfully in containers. I've had great results planting cabbage in the large self watering containers available at Wal-Mart. 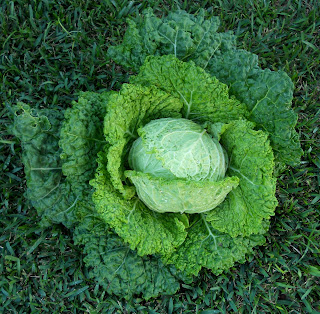 Testa di Ferro was the earliest of all the cabbages I've trialed. The cabbage head in the photo, after the outer leaves were removed, was 8 inches wide and weighed 2.5 lbs. Early cabbage seeds planted in mid-October are usually large enough to harvest the first week of January. 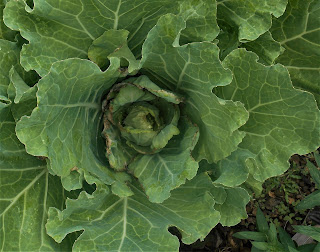 Savoy cabbages aren't the most heat and sun tolerant. If the late fall and winter weather is warmer than usual they can become tip burned or rot before they reach maturity. 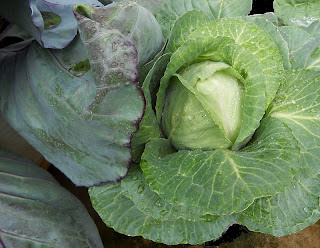 Cour di Bue
A small, early oxheart - ready to harvest at 3 months.
The perfect size for a balcony garden. 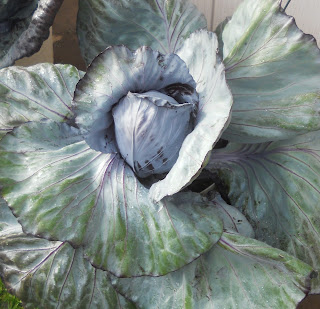 For cabbage, I recommend full sun and twice-monthly applications of fish emulsion or a generous application of a natural or organic all-purpose fertilizer once a month. 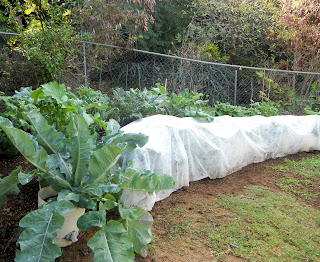 The biggest pest that affects the brassicas is a soft green caterpillar called a cabbageworm. It's the larvae of a white moth that mates from mid-November through February. I highly recommend covering all of the cabbages with light row covers before Thanksgiving and keeping them covered until the end of February. Cabbageworms are very hard to find if they crawl into the cabbage leaves and they'll tunnel holes throughout the cabbage heads in record time. For more information see my post on Cabbagworms. 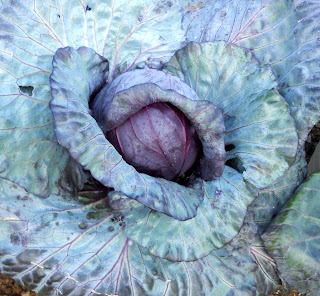 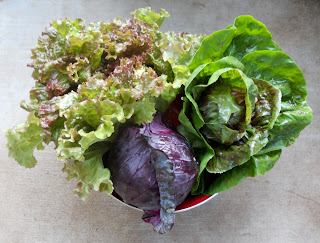 Slugs and snails were another bothersome pest. They became a problem when the cabbages were growing under a row cover as the cover provided shade and a place to hide during the day. I used a product designed for organic gardening to control them. Slugs don't tunnel holes through the cabbage heads but they eat holes in the outer leaves.

Some varieties of cabbage can be stored for several months. In a 4 season climate, cabbages can be stored in a root cellar or basement but in Kihei they need to be stored under refrigeration.

When harvesting cabbage for storage, leave a portion of the stem attached. Some gardeners leave the entire stem and wrap it with wet newspaper. I've had good results storing full heads of cabbage in my refrigerator in gallon size ziploc type bags. Teste di Ferro wasn't a storage cabbage but Early Jersey Wakefield and Tete Noire kept well for over 2 months. 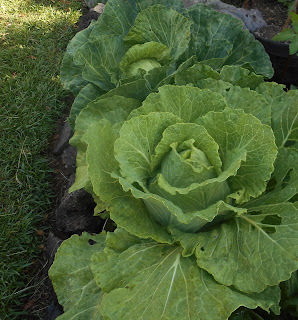 Last fall I fell so behind in planting seeds. I didn't transplant the cabbage seedlings until February and normally that would be too late. However, Maui has had longer periods of cooler weather in 2018 and 2019 - maybe it's global cooling and my garden was loving it.

Since I transplanted so late I decided not to use a row cover as normally the cabbageworm activity diminishes as spring approaches and the sun gets much more intense by March. Even though I do use slug and snail bait, the cabbages suffered some damage to the exterior leaves and there was some cabbageworm damage particularly on the red cabbage. 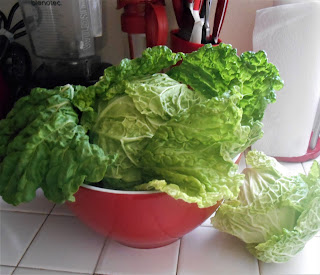 The last week of April I harvested the Testa di Ferro and Bacalan de Rennes cabbages. I've tried to grow Bacalan for years but it always got severe tip burn under the row cover. Without a row cover there was no tip burn damage even in late April.

If the weather continues in this pattern then Kihei will have a longer growing season. Seeds of green cabbage varieties can be planted as late as January with good results as long as the cabbages are harvested by the end of April. Red varieties generally take close to 5 months and even though we are having cooler temps in April, January might be too late.
Posted by Jane at 4:05 PM