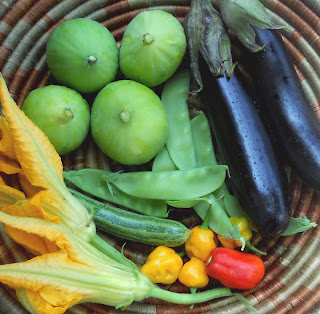 Peas are cool season legumes - in a 4 season climate they're
grown during the spring.

Snow and sugar peas grow best during our coolest weather. They need longer than beans to reach maturity - usually 75 days. I plant peas in November and December. 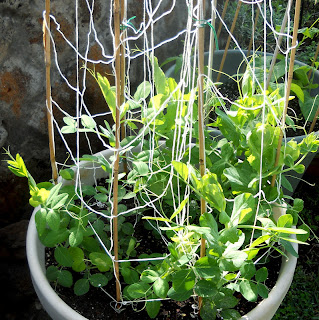 Snow and sugar pea vines grow 4 to 6 ft long and need to be trellised. Their tendrils are delicate and don't usually wrap around stakes or poles. They climb much better on string, wire mesh or a wire fence. I loosely wrap and secure a nylon string trellis around 6 ft bamboo poles in a large container. 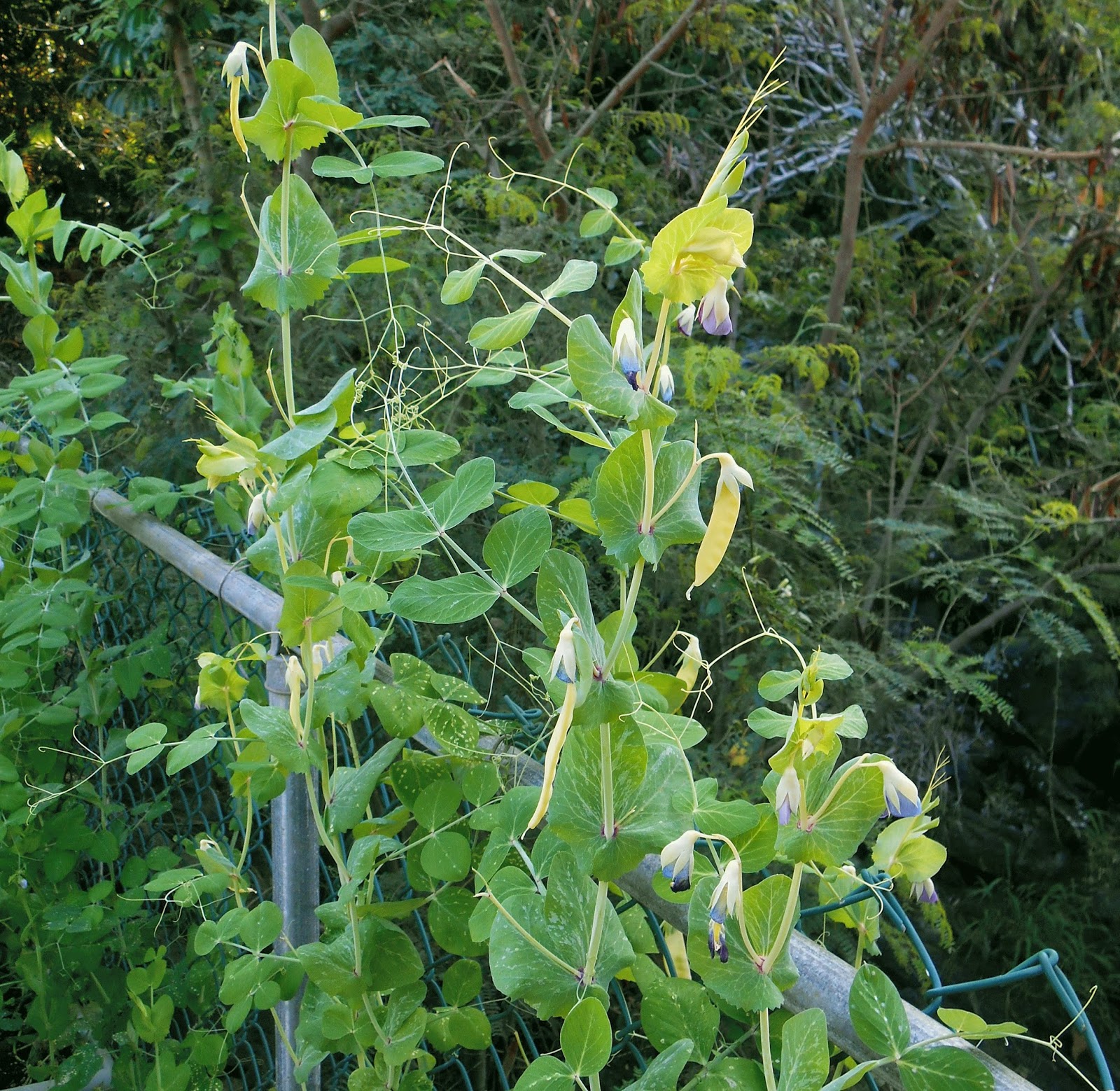 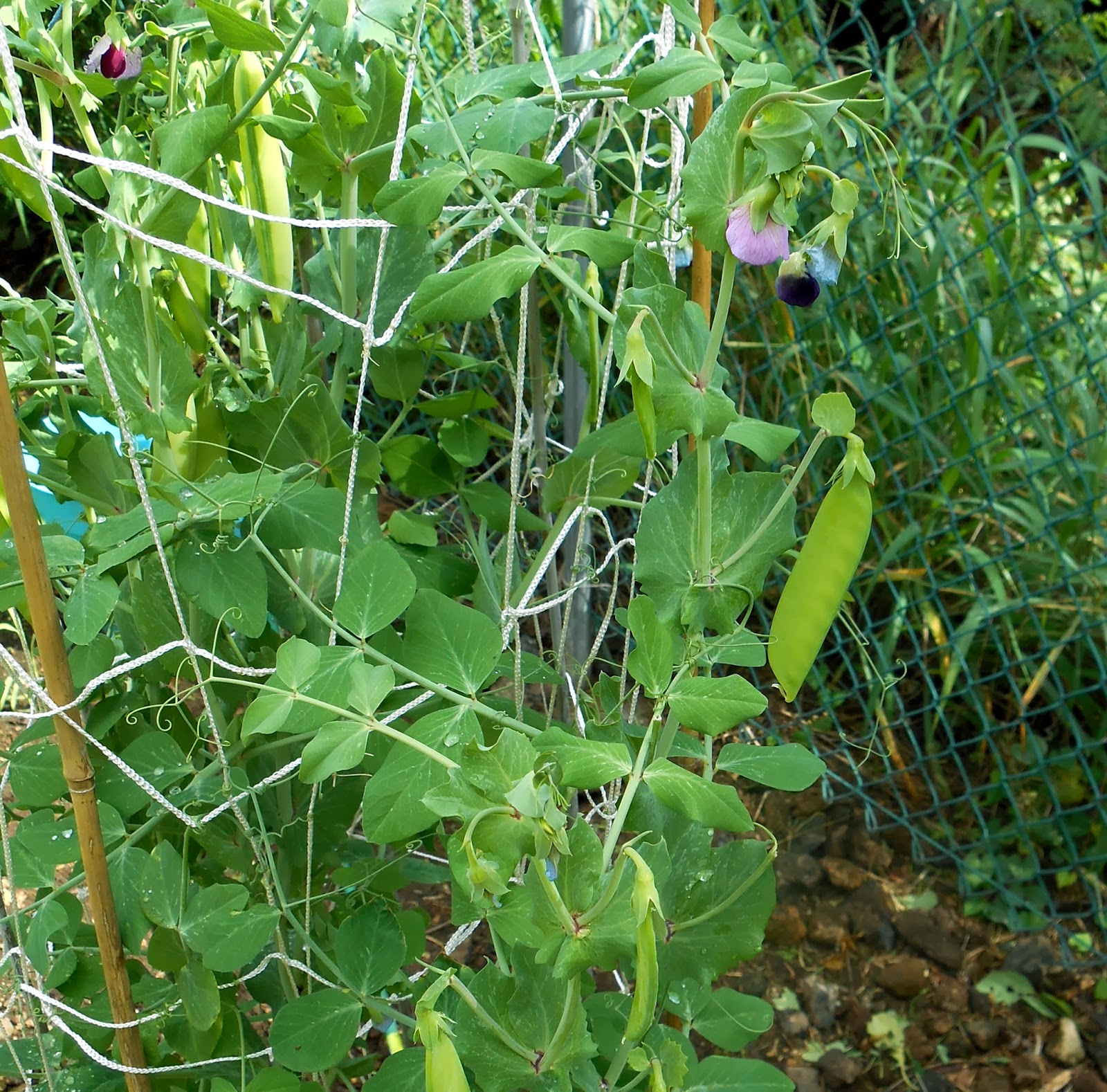 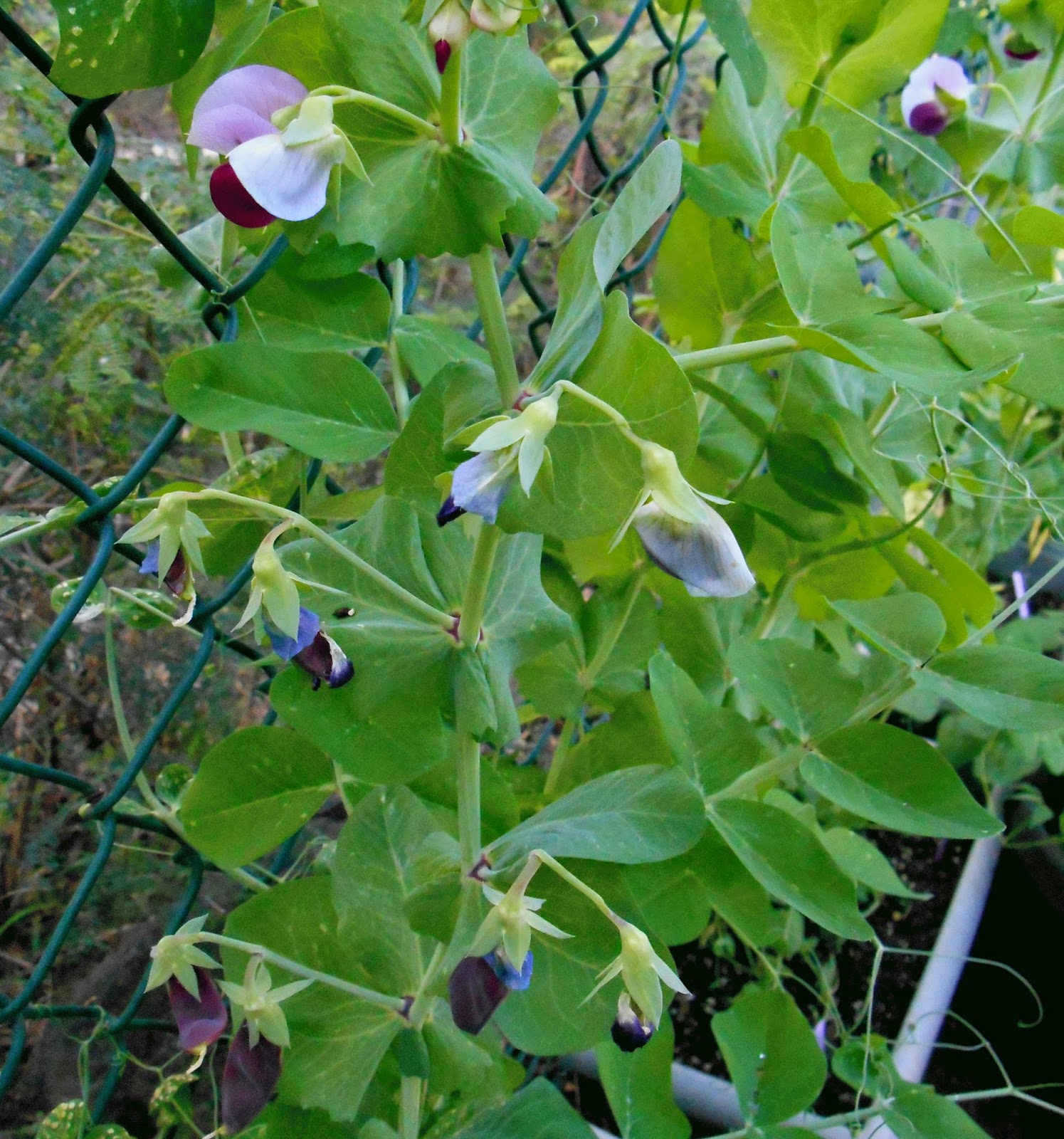 Shiraz
a purple snow pea
Mahalo Julie for the seeds! 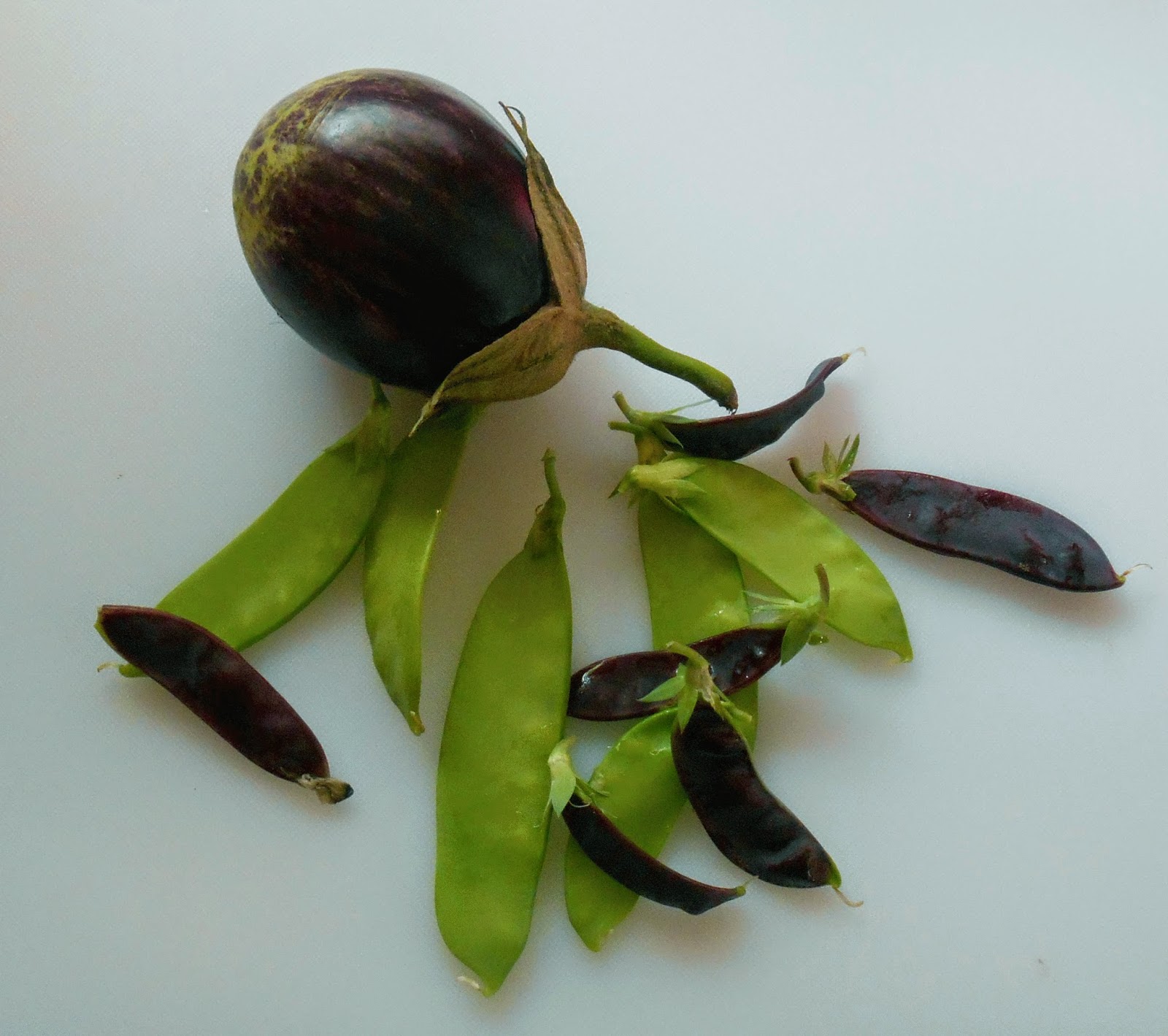 Carouby de Maussane & Shiraz
Both began flowering at 8 weeks.
I plant peas in containers filled with an organic potting soil amended with green sand and an organic all-purpose fertilizer. I've only grown them in full sun so I don't know if the season could be extended if they were grown in partial shade. Snow and Sugar peas are bushy vines. Once they get growing they need daily water and twice monthly applications of fish emolsion or a monthly application of an organic all-purpose fertilizer.

I've planted dwarf peas in hanging baskets but I found they have an upward climbing habit and don't naturally grow toward the ground. 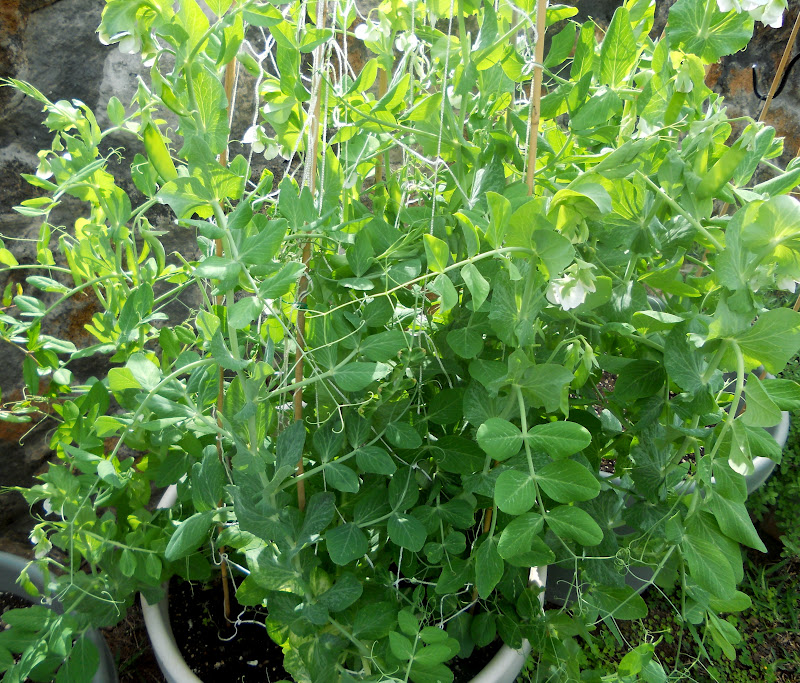 Snow and Sugar peas are harvested just before the green peas inside begin to develop - they're so sweet and delicious. If the peas develop they're sugar sweet too if harvested when the pods are still green.

Baker Creek Heirloom Seeds has a large selection of snow, sugar and garden peas. Shiraz is a pea from the UK and seeds were available from Johnny's Selected Seeds but aren't in the current catalog.