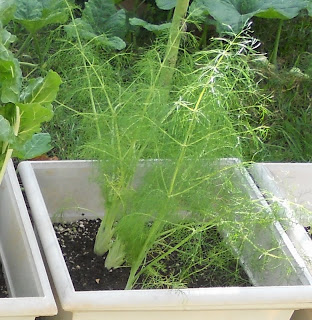 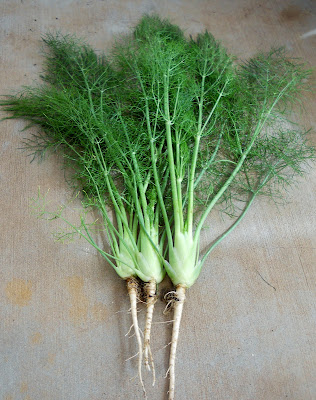 There's a short list of veggies that will germinate and grow in Kihei during the hot summer months and believe it or not, fennel is one. Although bulbing fennel is considered a cool season crop it can be harvested at any stage and in the summer the plants are at their best when harvested at 2 months. 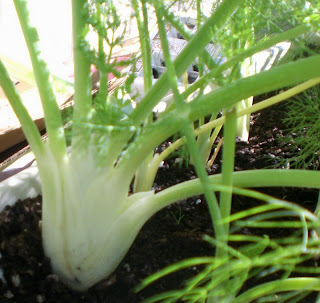 Fennel seeds have average to below average germination. I plant a generous amount of seed initially and thin the plants as they grow. Even when grown during our coolest weather, I've yet to achieve fennel bulbs that grow as large and round as those found at the market. 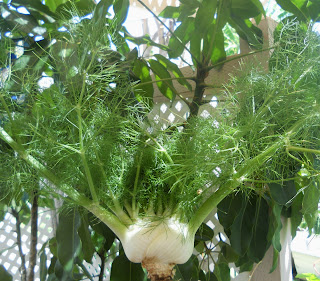 I've grown five varieties of fennel and all have produced a somewhat lean fennel bulb. When full grown, fennel has long, thick roots. It grows well in a container but needs a soil depth of at least 8 inches. For mature bulbing fennel, I plant seeds from October through December. I fill a container with an organic potting soil amended with green sand and an organic all-purpose fertilizer. 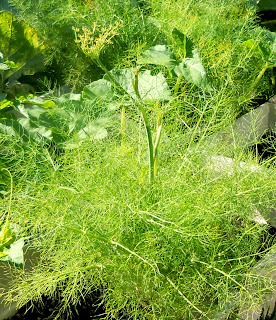 If you plant fennel during the fall and leave a bulb to grow through the spring, it should eventually produce flower stalks full of seeds and pollen during the summer. In Tuscany cuisine fennel pollen is known as spice of the angels.
Fennel Pollen Recipes
Foraging for Edible Wild Fennel in Hawaii

Fennel needs daily water and an application of an organic all-purpose fertilizer once a month or fish emulsion twice per month. As the bulbs grow larger it's important to make sure the water is reaching the deeper soil in the container.


Baby fennel is used by gourmet chefs. Here are some photos of it being grown by a farm that grows for the gourmet restaurant market:
Baby Fennel

Fennel can be used for the bulb and fronds. The fronds are used like dill and work well with baked fish. Sliced fresh fennel bulbs pair very well in a salad with oranges. And, the white bulbing portion can be juiced with other veggies.