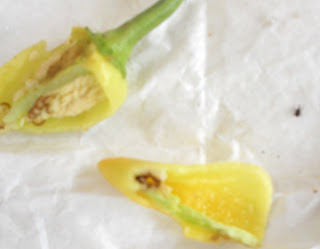 Pepper weevils are small black insects that look just like grain weevils. They bore holes into both sweet and hot peppers and sometimes eggplant. The weevils appear to be active from May through August.

The weevil is smaller than a pepper seed and difficult to see in the above photo. It has a small pointed head, round body and spider like legs. 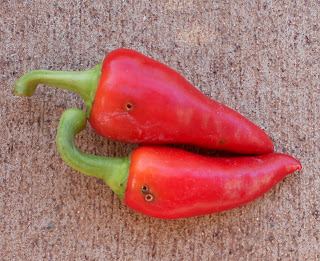 Weevils bore holes into the green or ripening fruit but they usually don't remain inside. It took me a while to ID the insect that was causing the damage but eventually I found them.

Supposedly, they lay their eggs inside of the fruit but the eggs were too small to see without magnification.

In the summer I have lots of pepper plants growing in my garden. Out of 5 summers seasons, I only had problems with the pepper weevil during the summer of 2011. And, they attacked all the varieties of peppers in my garden. 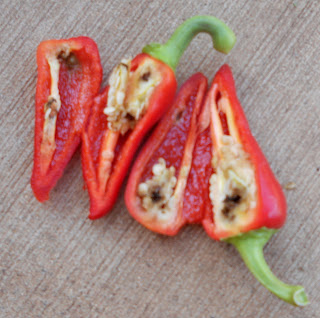 The damage was done to these peppers late in the growth cycle and large portions of the fruit were still usable. 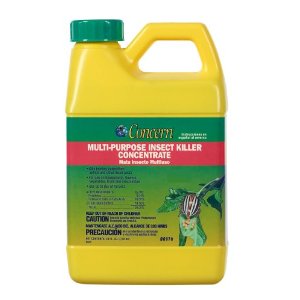 I've used Concern Multi-Garden Insect Killer to deter the weevils. Pyrethrins are the active ingredient so any other product with pyrethrins should work. I recommend spraying the entire pepper plant at least once per week. 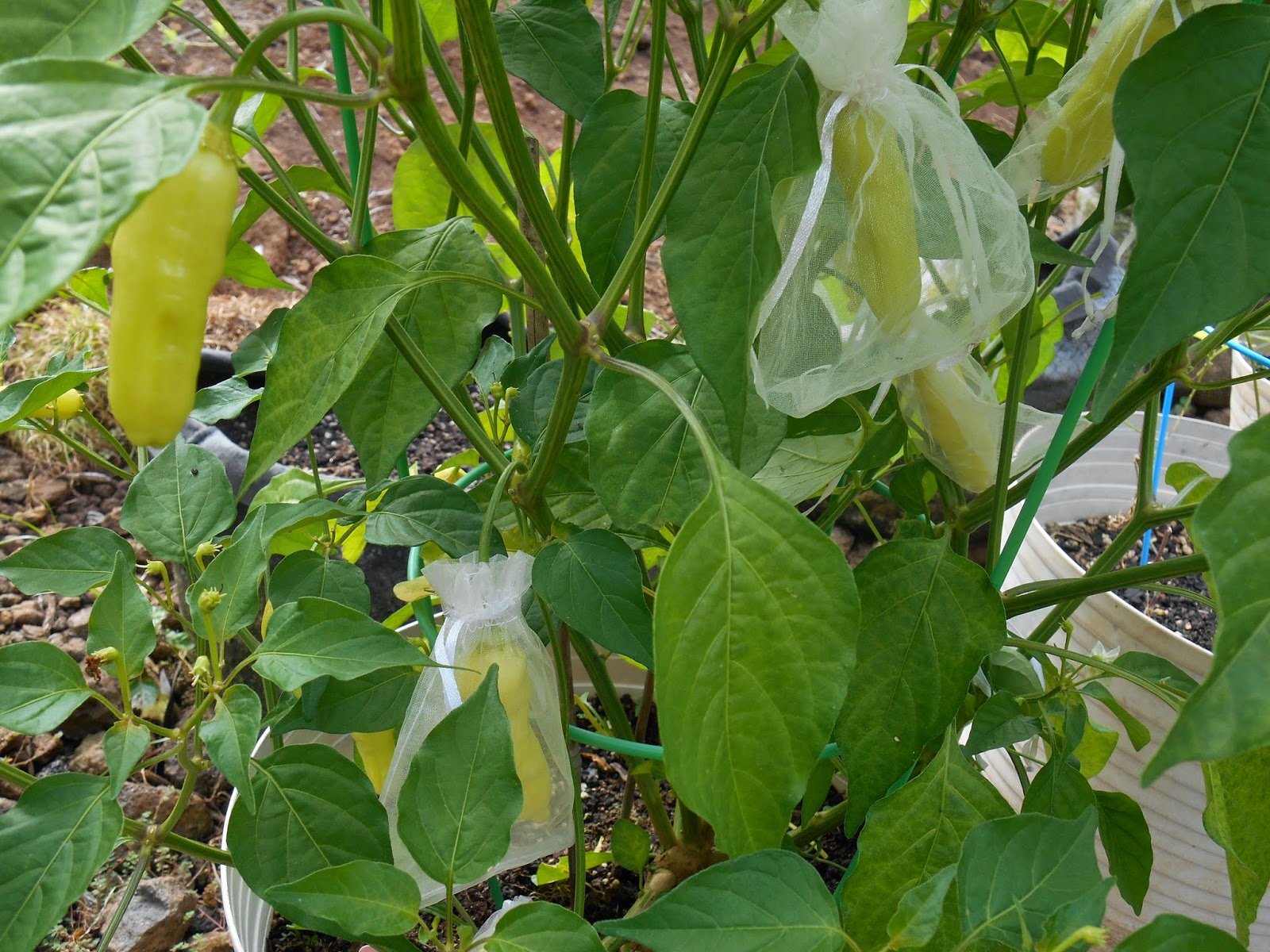 Organza Drawstring Bags
And, I've also used organza bags to cover the peppers. It's time consuming when there are a lot of peppers in my garden but it does work.
Posted by Jane at 8:37 AM