Most French, Italian and classic Mid-western heirloom beans
grow best in Kihei during the cooler months. 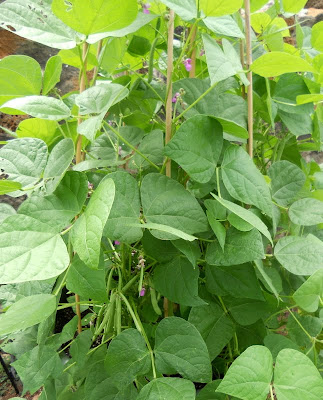 As the weather heats up during the spring, the intense sun, and high daytime temps create difficult growing conditions for many garden plants. In the spring and summer, rose beetles and Mexican bean beetles become active and eat lace like holes through the bean leaves, just when the leaves are needed for shading the pods.

In April, I began a trial of high and low desert beans, beans that are indigenous to the Southwest and Sonoran desert. Most of the varieties I planted were impressively heat and sun tolerant and surprisingly, there was minimal bug damage. 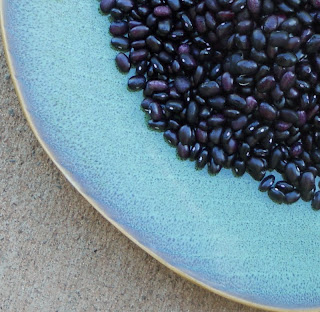 Hopi Black were a bushy pole bean with vines that grew around 4 ft long. The plants produced an abundance of medium length pods that were ready to start harvesting as shell beans at 2 months. Hopi Black were similar in color and size to Cherokee Trail of Tears. But CherokeeTrail of Tears wasn't heat tolerant or Kihei bug resistant. 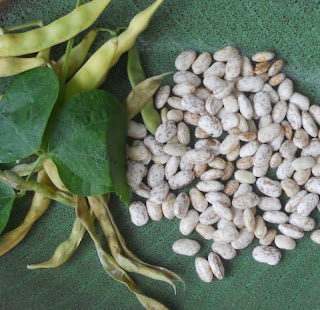 Pinto beans are so popular and yet they're rarely offered in any of the heirloom seed catalogs. I was elated to discover a large variety of pintos at Native Seeds. Rio Bavispe was also early and ready to begin harvesting as shell beans at 2 months. 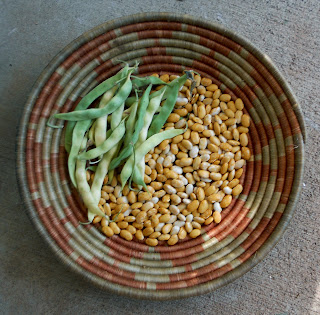 Hopi Yellow common beans were another prolific pole bean.
They were similar to a pinto in size and flavor. 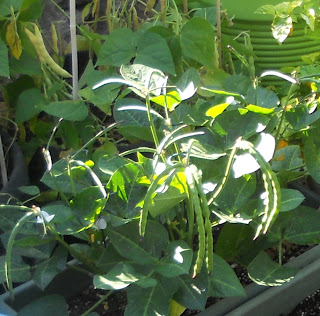 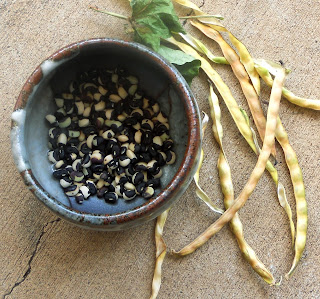 Cowpeas and black-eyed peas are drought tolerant legumes that are native to West Africa. Not all of the varieties I've trialed have tolerated the Kihei spring climate. The emerging pods look similar to Chinese Long bean pods and they're actually part of the same classification of beans. The bugs did minimal damage to the cowpea leaves.

Cowpeas are a bush bean and they don't cross pollinate with common beans but they could cross with Chinese Long beans (also called Noodle, Yard Long or Asparagus beans). More information about cowpeas can be found here:
http://worcsterallotment.blogspot.com/2010/10/discover-cowpea.html 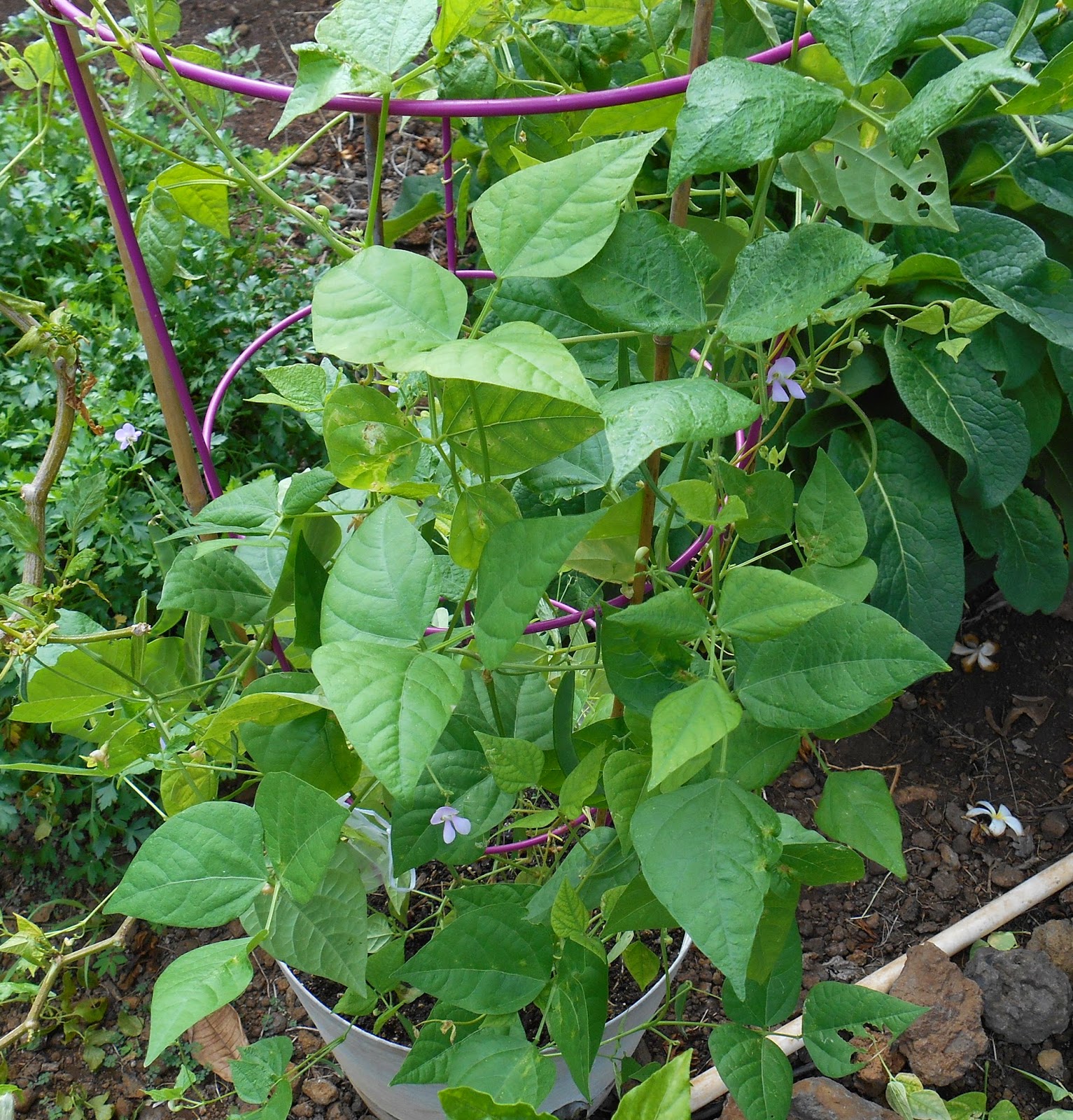 Tepary vines and pods look delicate but they're one of the most heat and drought tolerant beans on the planet. Most varieties of teparies are pole beans that grow about 5 to 7 ft long and produce pods that are shorter than common beans. Tepary beans are traditionally planted in late June and early July with the onset of the desert monsoons. 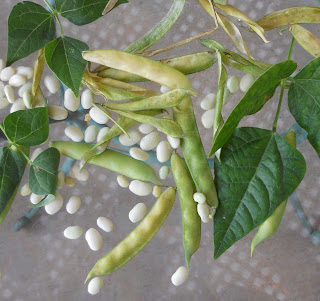 San Ignacio Tepary
These ancient beans were originally grown by the Hohokam people in the Arizona desert. Teparies are low desert plants that tolerate the scorching heat and survive on less water than common beans. And, they don't cross pollinate with any other beans.

A large selection of tepary seeds are available from Native Seeds.

Native Seeds has a diverse collection of Native American heirlooms. They offer a good selection of of common beans, teparies and cowpeas. The immature cowpea pods and some of the common beans I trailed can be harvested as green beans.

In Kihei, early varieties of common beans and cowpeas are usually the best option for good results. I recommend planting these types of beans from October through March.

More information about growing beans in Kihei can be found in my post on growing
French and Italian Heirloom Beans.