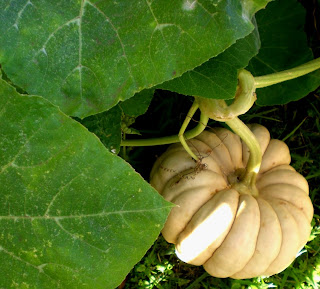 Winter squash is fairly easy to grow in Kihei. Most heirloom varieties are adaptable to the hot summer sun and 90 degree temps. Powdery mildew is ever present in the air here and it affects many vegetables. Most winter squash are hardy enough to withstand the negative affects and still produce at least 1 mature squash. 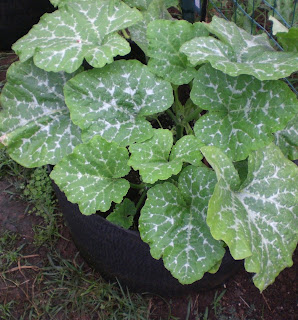 Growing a winter squash in a Smart Pot

I have acidic clay soil that's great for growing bananas but not for growing most vegetables. I double dug and amended a bed in my yard but normal veggies didn't grow very well in it. Then I discovered SmartPots. I've been able to grow all of my squash in 15 gallon Smart Pots filled with an organic potting soil. It doesn't take long before worms begin living in the potting soil and the soil gets even better over time.

Before I direct sow the seeds, I amend the potting soil with green sand and an organic or natural all-purpose fertilizer. Then I add additional fertilizer after 1 month and continue to add fertilizer at a minimum of 1 month intervals until the plant starts to die back. 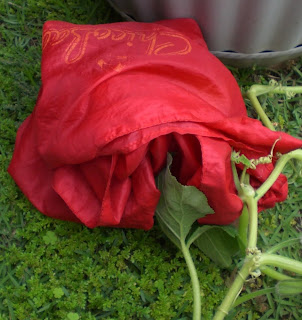 The melon fruit flies and pickleworms have been the greatest challenge to growing melons, summer and winter squash in Kihei. Mosaic virus has also been a challenge that surfaces during the summer months.

As soon as the female flower closes, I cover it with a paper lunch bag. When the fruit begins to grow, I replace the paper bag with a fabric shopping bag and keep the squash covered until it's close to maturity.

Most winter squash develop thicker skins as they grow. After they thicken, the melon fruit fly larvae and pickleworms tend to be less successful in penetrating beyond the skin and into the fruit or stems. If you miss covering them right away and the melon flies attack the fruit the holes will be microscopic. As the fruit grows the holes become visible. Pickleworms bore large, very noticeable holes into the stems and vines. Wilted vines are sometimes evidence of pickle worm activity. 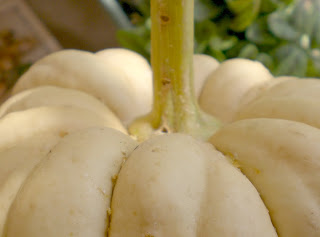 The melon fruit flies attacked the stem of this Kikuza but the vine and fruit survived and continued to grow to maturity.

Unless it's obvious that the fruit has been damaged, if you notice small holes give the squash more time before you cut it from the vine. If the larvae have been unsuccessful at penetrating into the fruit, the holes will dry and the squash will continue to grow. If larvae have penetrated into the fruit, it will eventually begin to rot. 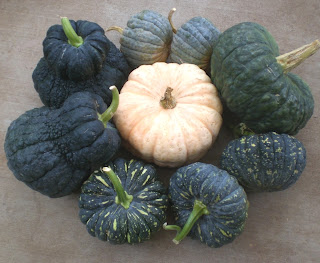 I've found that January and February are ideal planting months for squash as the melon fruit fly mating seems to be inactive until late April and pickleworms aren't normally at infestational levels until June. By the end of April, I have to keep all the young squash covered and cover the pollinated females as soon as the flowers close. Sometimes the melon fruit flies will attack the females before the flowers open.

There are lures for the male melon fruit flies and a bait for the females - they do help but they haven't eliminated the problem. The lures and bait are available from the Univ. of Hawaii College of Tropical Agriculture, Cooperative Extension Office in Kahului (808) 244-3242. They offer a free 2 hour education program about fruit flies. Fruit fly bait and lures can also be purchased from Crop Production Services in Kahului.

Fruit fly larvae look like maggots and can be seen in photos on the first linked website. Information about pickleworms and mosaic virus can be found in the Growing Tips - Pests & Diseases section on my side bar. 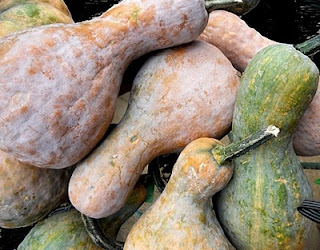 I've trialed many different varieties of winter squash and I'll continue to trial different seeds as well as experiment with earlier and later planting dates.

Greek Sweet Red was the variety I chose to trial for late summer planting. Seeds were planted in August and September with good results. Although I did find a few pickleworms in late September and early October, the damage was minimal.

I've been able to grow winter squash successfully from seed when planted from late January through September. I haven't tried planting earlier or later but other gardeners on Maui tell me squash can be grown all year. 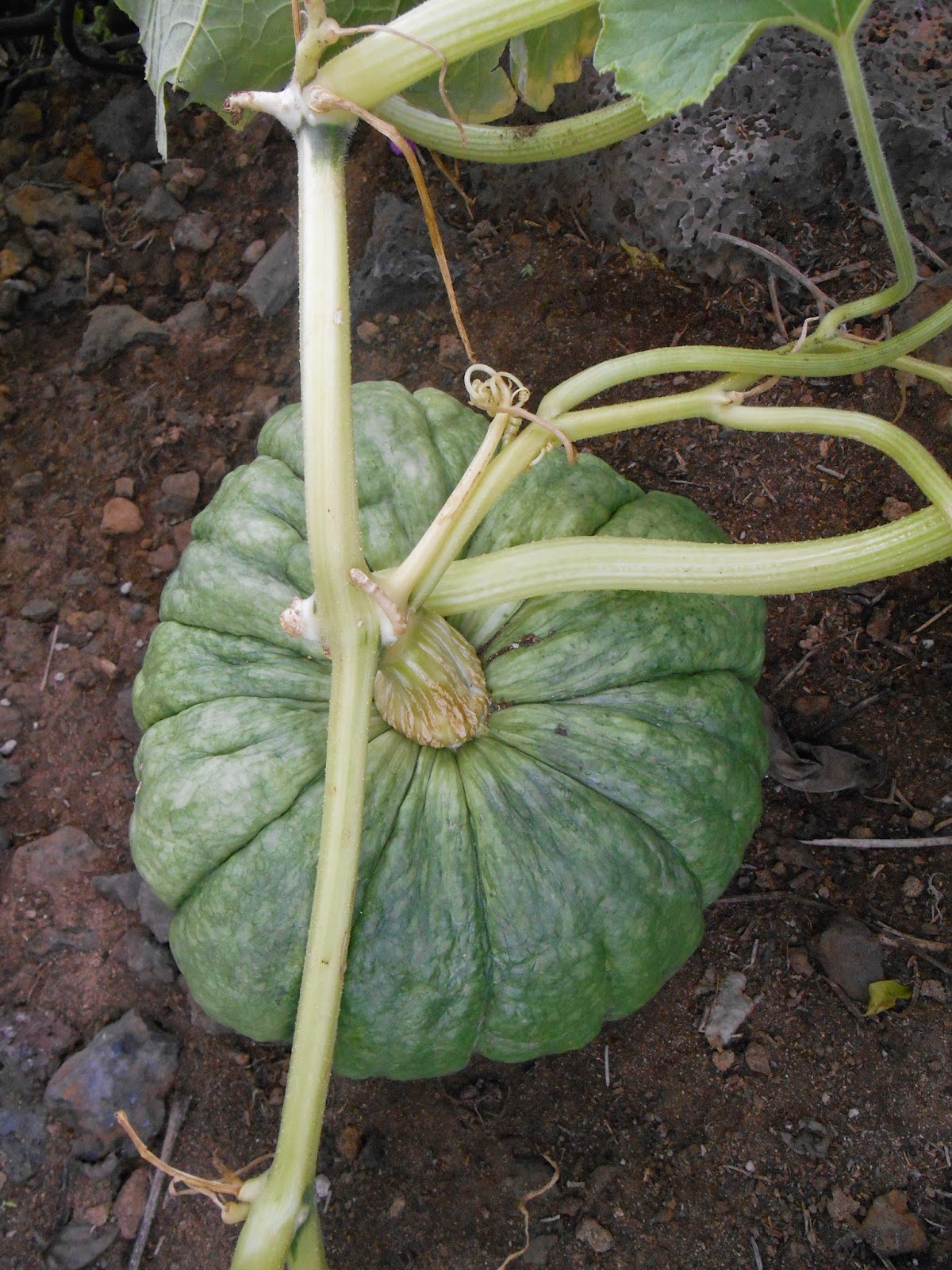 Buen Gusto de Horno
(Good taste of the oven)
Buen Gusto is so far the only variety I've planted that was too big and aggressive to grow in a 15 gallon Smart Pot. I planted it in a garden bed and it grew fairly well.

Seeds for all of the squash in this post are available from
Baker Creek Heirloom Seeds.

Winter Squash Favorites of 2010
- a blog post highlighting the tastiest winter squash from my 2010 garden. 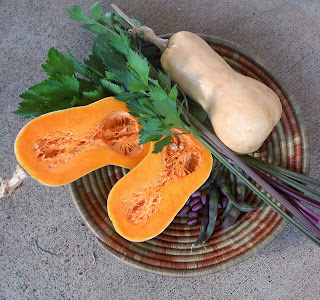