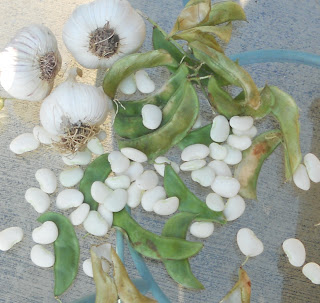 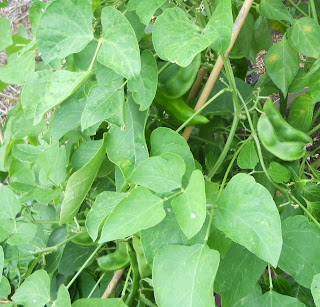 Limas beans are recommended for warmer climates and they grow well in Kihei. Most common beans are ready to harvest as shell beans in 60 to 75 days. Lima pole beans take 45 days to flower and don't reach the shell bean stage until 90 to 100 days. The vines are more aggressive than common beans and tend to travel and entwine around anything planted in close proximity. 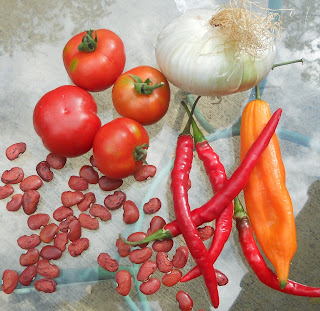 Hopi limas are available from Native Seeds.
I've found that most limas grow best in Kihei when the seeds are planted from October through February. I plant seeds in 15 gallon Smart Pots filled with an organic potting soil amended with OMRI green sand and an organic all-purpose fertilizer. They need daily water and a monthly application of an all purpose fertilizer.

In my Keonekai garden, limas weren't  bothered by any pests or diseases. But in Maui Meadows the destructive fruit flies began to infest the maturing pods in mid-May. Fruit fly larvae are a problem in Kihei from mid-April through mid-September. 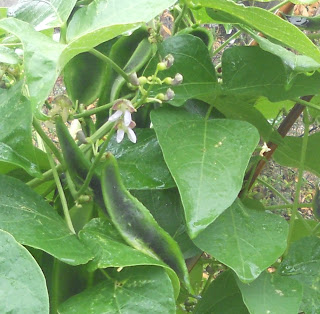 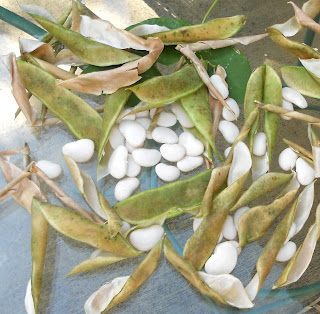 Gigante was the largest bean I've grown. The pods were huge - the vines were huge and they needed a lot of space. Gigante are also called Gigandes - they're popular in Greek cuisine and native to Central America. They produce a large quantity of pods and as long as the weather isn't too hot the plants will keep on vining and flowering for months. 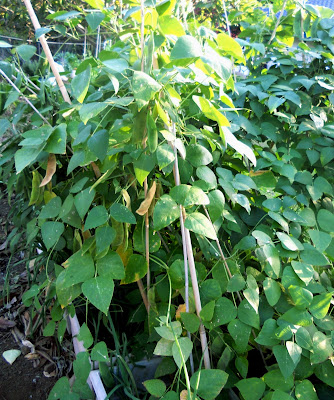 Gigantes need a very sturdy trellis, tepee or fence to climb on. The vines got thick and heavy after they set pods. Since limas take longer to grow than common beans,and they'll grow indefinitely, I recommend planting seeds in an area of the garden where they won't block the sun from other plants or planting with veggies that grow well in partial shade. I've only grown lima pole beans but there are bush varieties.

Limas can be harvested fresh at the shell bean stage or left on the vines to dry. Shell beans don't take long to cook - they're so delicious and they can also be blanched and frozen. In some areas of the Mainland, limas are called butter beans.