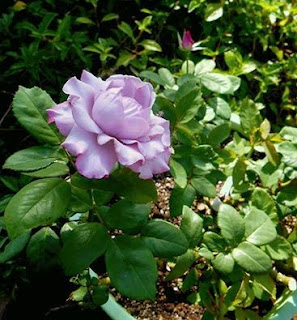 Neptune
a hybrid tea
There are countless varieties of roses that can be grown successfully in Hawaii. However, it takes some experimenting to determine the right varieties to grow in our different climates and soil conditions. Roses also grow well in containers - I recommend a 15 gallon size or larger. 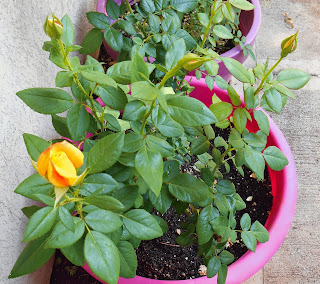 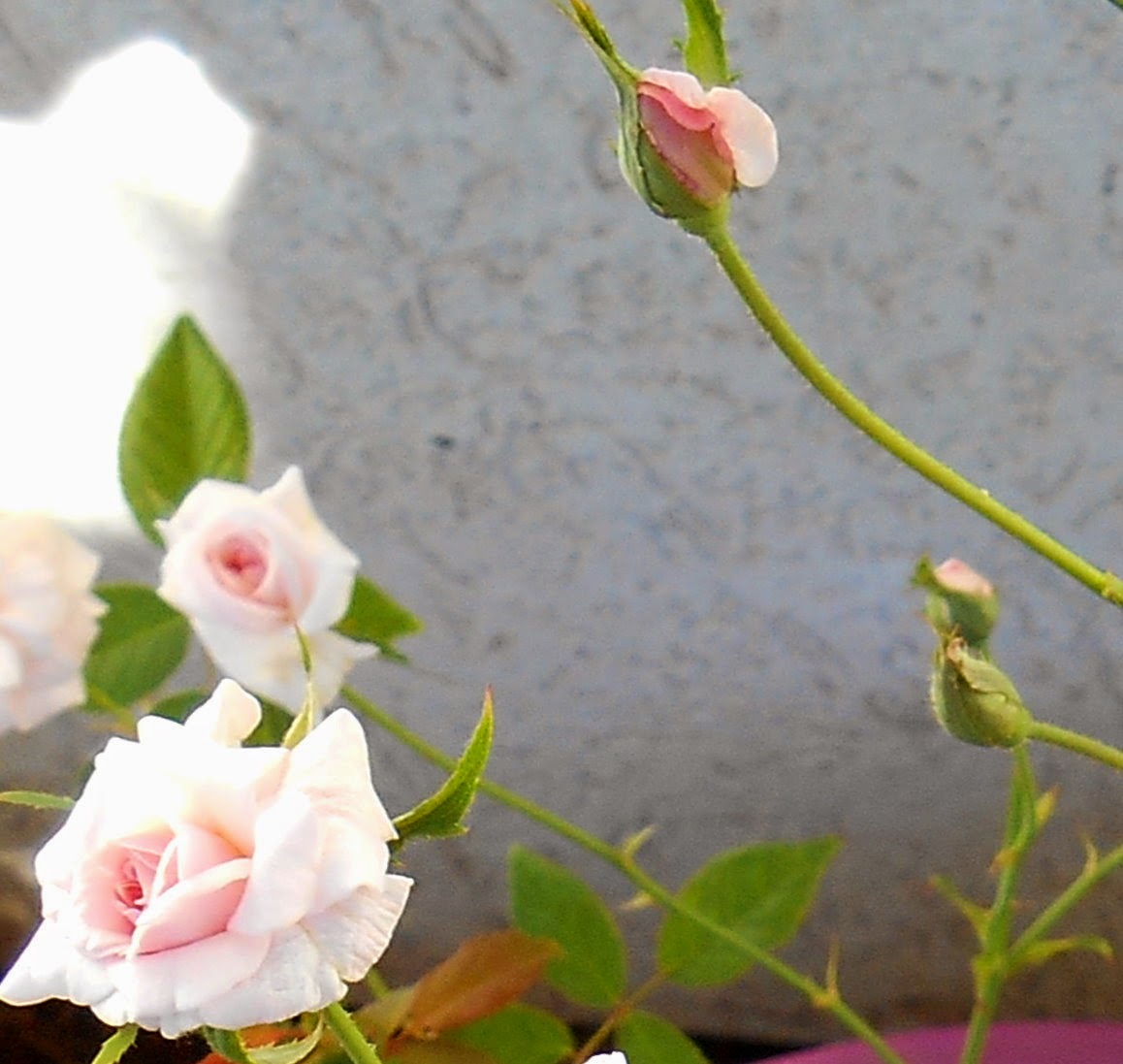 Cecile Brunner
a traditional (but not the original) Lokelani rose
Cecile Brunner is an antique climbing rose - it was hybridized in 1894.
In Hawaii the buds are used in string leis.

The Green Rose
known as Lokelau in Hawaii

This is another antique rose thought to be in cultivation since the mid 1700's. Lokelau originated in China and was introduced to the rose market in 1856. Plants were available at Lowes in Kahului during the spring. Lokelau flowers are used in haku leis. 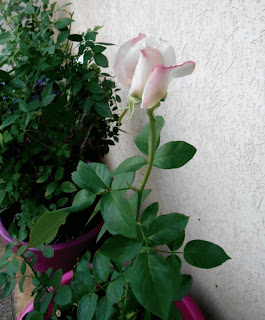 Stainless Steel
a hybrid tea
Coffee and coffee grounds are recommended for roses - I spread them on the top of the soil. I fertilize the plants once a month with an organic all-purpose fertilizer or twice a month with fish emulsion or Grower's Secret. 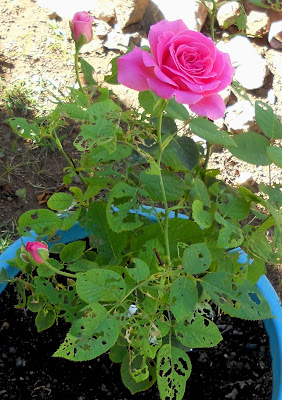 Pink Promise
a hybrid tea
and...this is why they're called rose beetles
So far the rose beetle has been the only predator. They eat lace like holes in the leaves and sometimes the flowers. In my opinion, the best remedy is to keep the plants well fertilized. I sometimes spray the leaves with fish emulsion or Grower's Secret and that helps too. 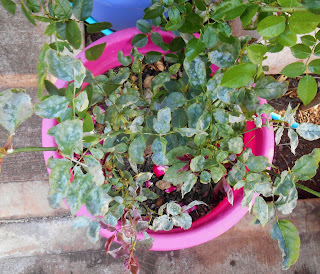 Christian Dior
a hybrid tea
with severe powdery mildew damage
Another problem for roses is powdery mildew which is ever present in the air in Kihei. Christian Dior and Chrysler Imperial were the most susceptible of the varieties I've planted so far. Both were red roses that eventually succumbed to mildew damage. In contrast, the bright green branches at the top of the photo are Dick Clark - a very hardy, powdery mildew resistant hybrid.

Powdery mildew spores absorb into the leaves and are impossible to remove. It also grows on the stems and branches - this can be scrubbed off with a toothbrush and warm water. I don't recommend spraying baking soda, especially for container plants, as the salt can accumulate in the potting soil and eventually kill the plant.

Roses can be planted in full sun or partial shade. In Kihei, the plants usually need daily water especially during the summer.

How to make Rose Water
Rose Water - The Benefits

For any culinary recipe it's safest to use roses that have been grown without pesticide. Roses obtained from a floral shop are not suitable for culinary use.
Posted by Jane at 7:10 PM