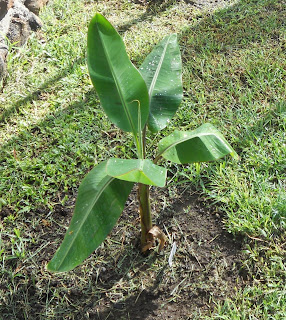 There's a plant nursery in the islands that's wholesaling tissue culture bananas. Tissue cultures are clones that are disease free. They're marketing a good selection with some of the hard to find varieties like Ice Cream and Dwarf Red.

Kula Hardware & Nursery and the Kahului WalMart have tissue culture bananas available periodically. The keikis were really skinny and I was skeptical about them but I purchased a Dwarf Red in October of 2011. 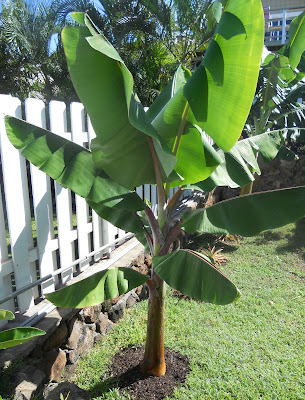 The plant was a little slow to grow at first but it didn't take long
to begin developing at a normal pace. 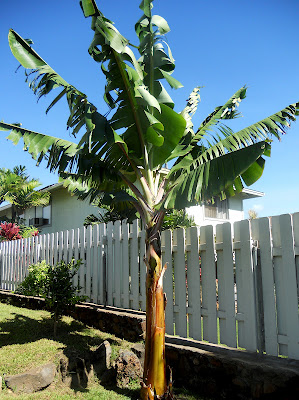 At 9 months it was taller than the Dwarf Apple was at maturity but it still had not flowered. 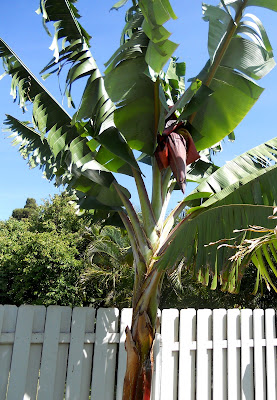 Finally, at 1 year from transplanting the flower started to emerge. The center of the plant was over 9 ft from the ground and the top of the leaves were about 15 ft. The Dwarf Red flower was distinctively different from Dwarf Apple. 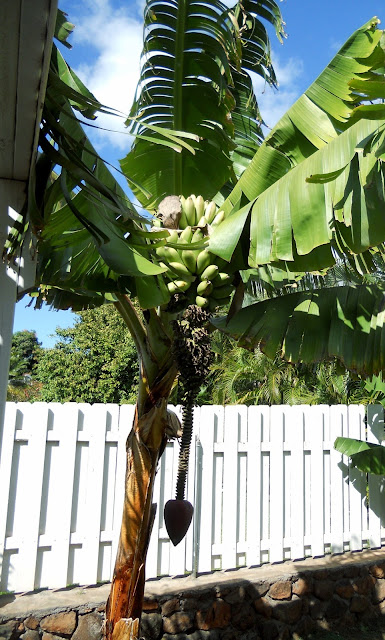 Harvest Day was Getting Close
16 months

The bananas were ready within 5 months from flowering and weighed over 50 lbs. Just as the top bananas were beginning to turn color the tree fell over due to the weight of the bananas.

Dwarf Red was 3 feet taller than Dwarf Apple, they took 6 months longer to flower but ripened a month earlier. 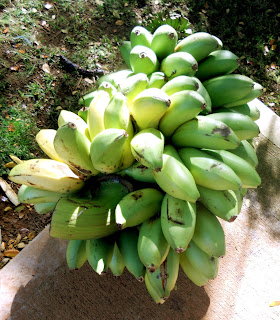 Oddly, the Dwarf Red variety I planted produced light yellow bananas. When peeled, they had the peachy color tone that's typical of red bananas and they were so ono!