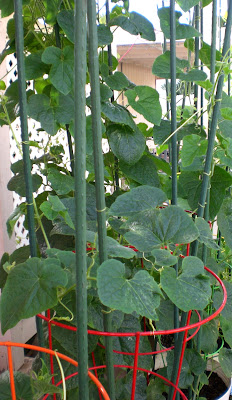 Jelly Melon is known by several names including Kiwano, a trademarked name. They look just like a typical cucumber plant but these plants are best described as biological fiberglass. They require garden gloves at all times, except when dealing with the fruit.

The jelly melon looks so cool and colorful in the market but those little melons were de-clawed before they left the farm. Garden gloves aren't enough protection for handling the fruit at any size - they require thick leather gloves. 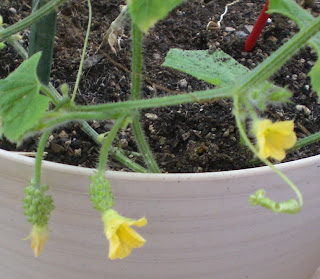 Adorable Baby Jelly Melons
Until You Touch One

Jelly melon seeds took so much longer to germinate than any cucumber seed I've planted and the plants grew so slowly compared to cucumbers. Once the vines got growing they grew exponentially and were difficult to contain. Prior to flowering I  had to cut them back but they were the most powdery mildew resistant cucurbit I've grown yet.

It took 3 months until the plants flowered and they produced the cutest females with tiny, needle sharp thorns. As these weaponized fruit developed they were too dangerous to keep in an area accessible to mischievous 3 year olds. So...the Jelly Melon plant and all of it's dangerous immature fruit had to go. The plants were even too scary to put in the compost bin. 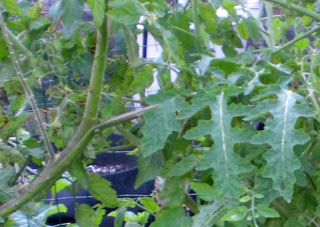 In retrospect, Jelly Melons were a picnic compared to the Litchi Tomato. I've never seen anything like this except maybe the nastiest of cacti. These plants could be used as a biological barbed wire fence. I suggest not going near this plant without a haz-mat suit. 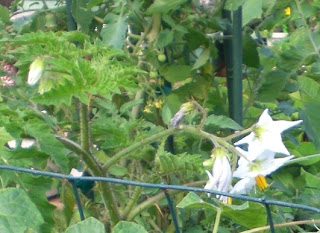 A Cluster of Lovely Litchi Flowers


Litchi tomatoes are suppose to be delicious and look and taste like cherries. At the end of September after more than a month of flowering, the plant failed to produce fruit. That's not unusual for some varieties of tomatoes as the summer heat can shut down fruit production. In this case, there were lots of flowers but they would close and drop off the plant.

When the plant reached an ominous 5 foot height and 4 feet or so in width, and fruit production seemed unlikely, I decided to cut it down. This plant actually had to be sawed at the base as the stem was close to 2 inches in diameter. Unless you're wearing a haz-mat suit, the plant can't simply be pulled up and removed. I cut the plant and let it wilt for a week and then removed it from the garden. It went out with the trash too. Litchi tomato might be a good barrier to keep predators out but it was too big and too scary to be growing in a small peaceful garden.

For more information and photos of litchi tomatos check out this recent post from Love Apple Farm. http://www.growbetterveggies.com/growbetterveggies/2010/12/morelle-de-balb.html

There's nothing scary about Muscade de Provence pumpkins - in fact they're suppose to be sweet. This was my 2nd year growing Muscade and all of the pumpkins so far have been big, beautiful and...bland. Well, at least they're big enough to carve for Halloween. 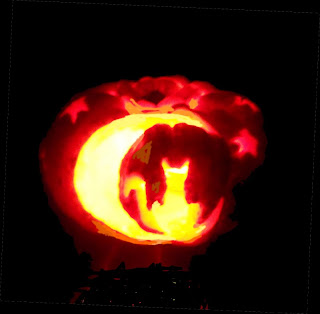